Here’s the PCMTUNER INFORMATION FOR MODULE 35 and 46. 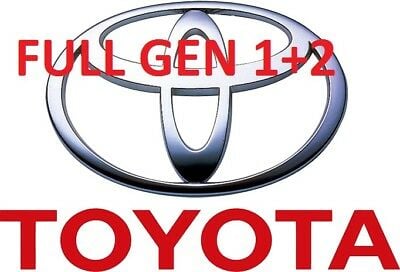 The package consists of three modules, which differ in the type of connection with the blocks.

The type of processor is indicated for general information, the program will automatically determine everything that it needs.

Checksum verification and correction is supported.

These processors are installed in units manufactured by Denso, Fujitsu Ten, Hitachi/Delphi.

Before working on the vehicle, read the general rules that must be observed.

Start working with the control unit with identification until it happens with a positive result. After that, find a file with a completely matching software version and start recording. On machines with K-Line, it is extremely important to follow the instructions of the program, i.e. turn off the ignition at the command of the program for at least 15 seconds and turn it on also at the command of the program. It might be worth taking the key out of the ignition as well.

A very important note for those wishing to use this package of modules:

b) intervention of additional equipment, such as alarms;

The specifics of Toyota’s programming protocol is such that when an incomplete or corrupted message is received, the unit often goes into the “stop” mode and it is often impossible to re-record it, even if the ignition is not turned off. For control units with K-Line, it is possible to enter the unit into reprogramming mode in case of unsuccessful recording, but not always. You have to remember this..

Sometimes when writing modified firmware, the program may display the following or similar message:

Ended with an error

a) when the message “turn off the ignition” appears, turn it off (if it was on) and count at least 15 seconds, as the program asks;

c) the message “turn on the ignition” appears – turn it on;

If the file name does not contain the words Main Flash, i.e. obviously proof read toyota lexus flasher and posted by users, it is better not to use these files, because they can be deliberately corrupted to be tied only to certain hardware.

The procedure is as follows:

Firmware ori can be found here

A package of modules designed to work with new generation engine control units built using 76F0196/198/199/219 microcontrollers. Recording, verification and correction of checksums is supported, and for blocks operating under the new P5 protocol – reading an internal flash via OBD;
Be sure to read the Toyota/Lexus/Scion/Hino section before using the package.

The package consists of the following modules:

These factory or modified files can be used instead of any of the above, the bootloader will automatically update the software during the recording process, i.e. you do not need to update with CUW in advance. All recommended gami calibrators have the files themselves.

76F0199 GearBox P5-CAN-bus – the second processor that controls the automatic transmission. These vehicles use the new P5-CAN diagnostic protocol and will only be identified by their respective strings, they are readable. When reading a block, the size of the flash memory is determined automatically. Reading time 10-16 minutes, depending on the size of the flash memory.

Recording of blocks is safe, there should be no damage and failure of control blocks during the recording process, even when the power is turned off. If an error occurs, you must first try to repeat the operation (the program will suggest this), and if it is impossible to continue, refuse to repeat, turn off the ignition and start the process again. The recording lasts 2-4 minutes depending on the performance of your computer.

Important:
However, there is a chance of damage and failure of control units if the file you are writing is damaged internally or important parts of it were damaged during its modification. In addition, these blocks do not forgive errors in checksums, they simply stop starting. Therefore, under no circumstances DO NOT turn off the correction of the COP.